Pass down this architectural wooden structure to future generations! -- from a former Naval facility to a local place of relaxation for all --

Kure, Hiroshima Prefecture. Our goal is to restore and pass down this former Naval facility, which today is the Kure YWCA. The historical wooden structure is a gathering place for our community. The target amount is 3 million yen.

Former naval facility -- we want to pass down this historic wooden architecture "to the future".

The Kure YWCA took over a former naval facility which operated as a base for regional contribution activities after World War II.Kure City, Hiroshima Prefecture, is a former military port. In 2020, we launched the Kure YWCA "Kaikan Century Project" to hand the building down to future generations. We have carefully used the structure for over 70 years, but unfortunately it has slowly deteriorated. If left in its current condition, it will not survive as a gathering place for future generations. We proudly take on this crowdfunding challenge to repair and renovate our building so that it will continue to serve as a base for regional exchanges, and a location where people can come together. Once restored, this important building will be passed down to future generations.

A building that has provided a place for people to gather should continue providing experiences for future generations.

This warm, old, wooden, and curious-shaped building on a hill is to be passed down to future generations. It is a place where anyone can stop by, connect with others and relax. 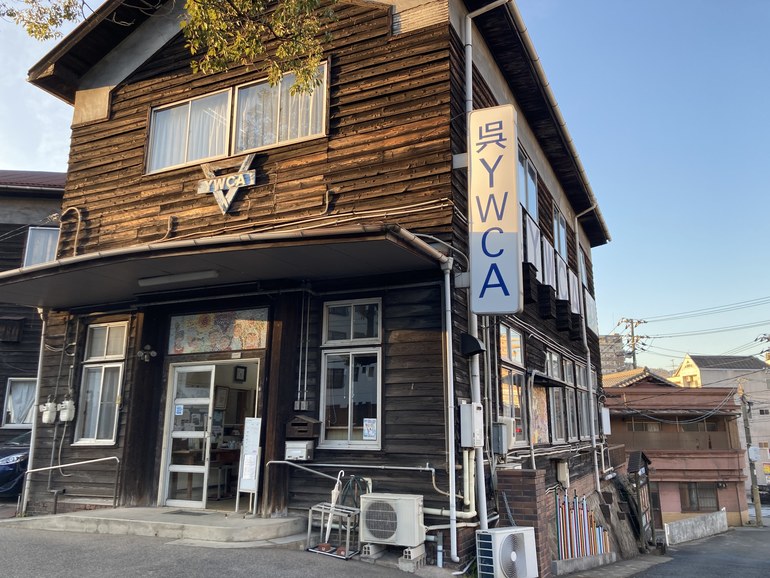 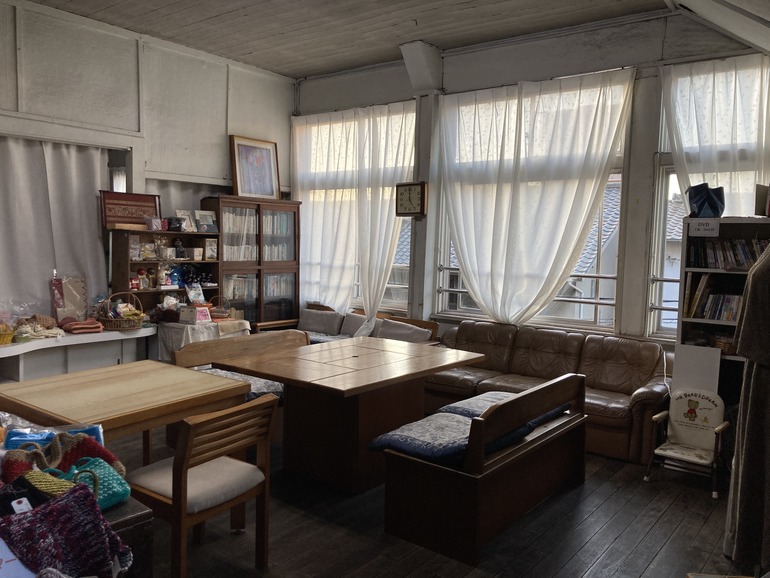 The building, a former Naval facility, has been around for approximately 80 years. Many of its historical details are unclear, including its original use. What is known is that after World War II, it was used by the Occupation forces. Since 1948, the Kure YWCA has been using the building as a base for its many educational and cultural activities. 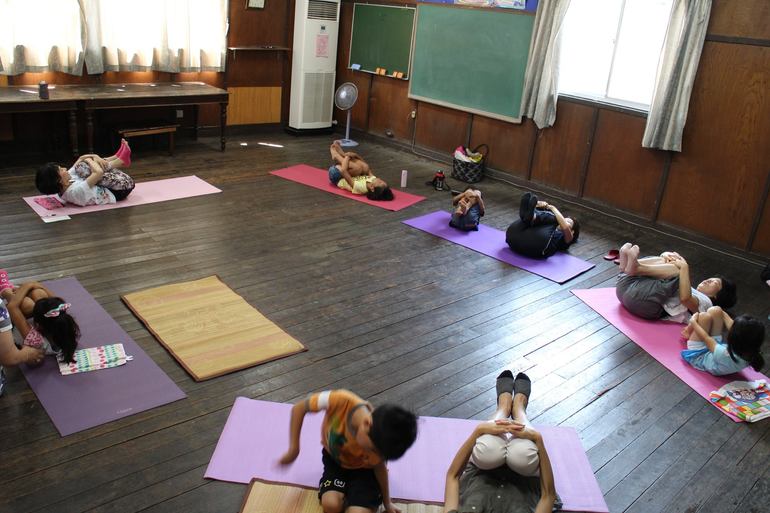 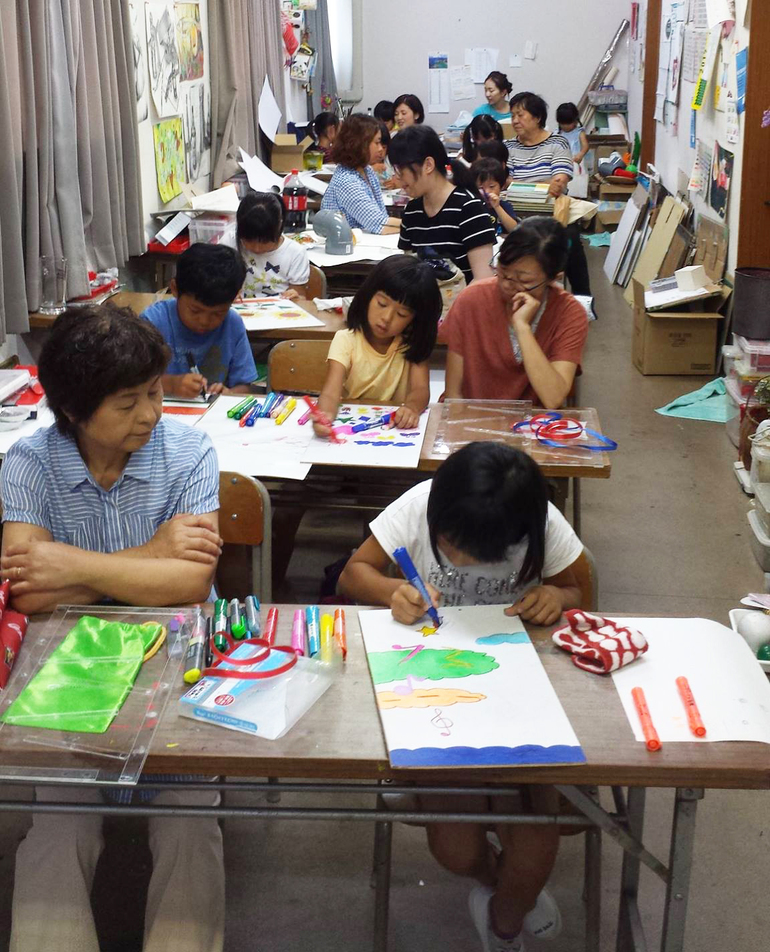 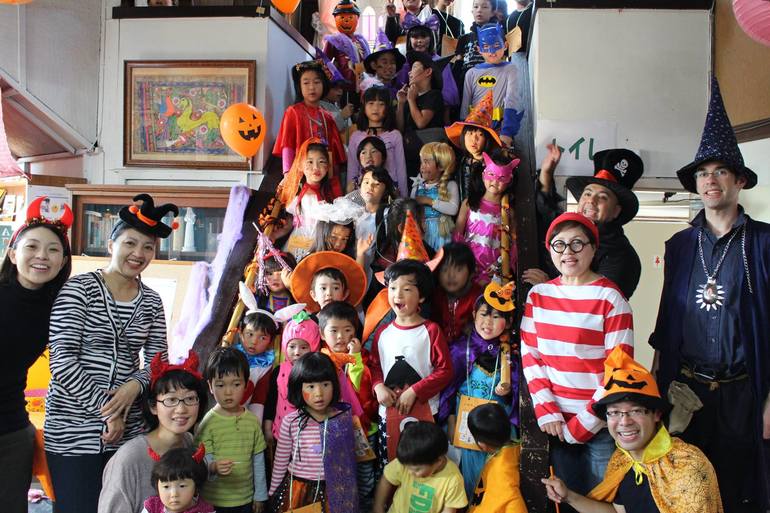 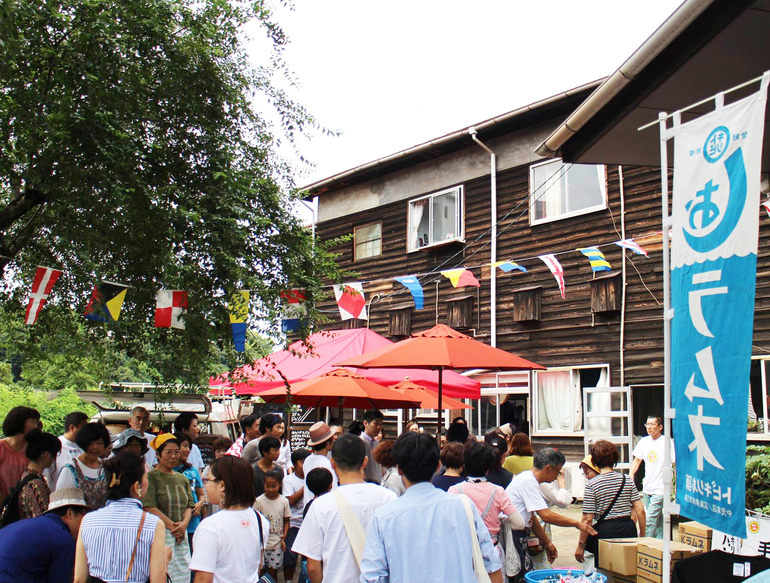 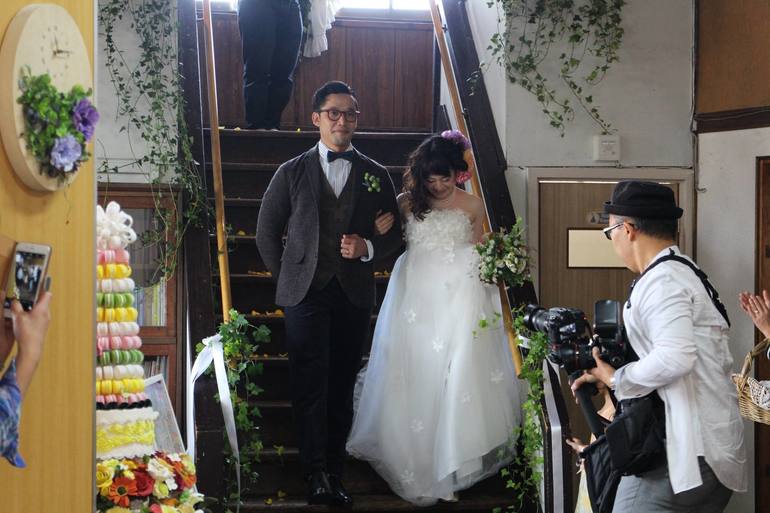 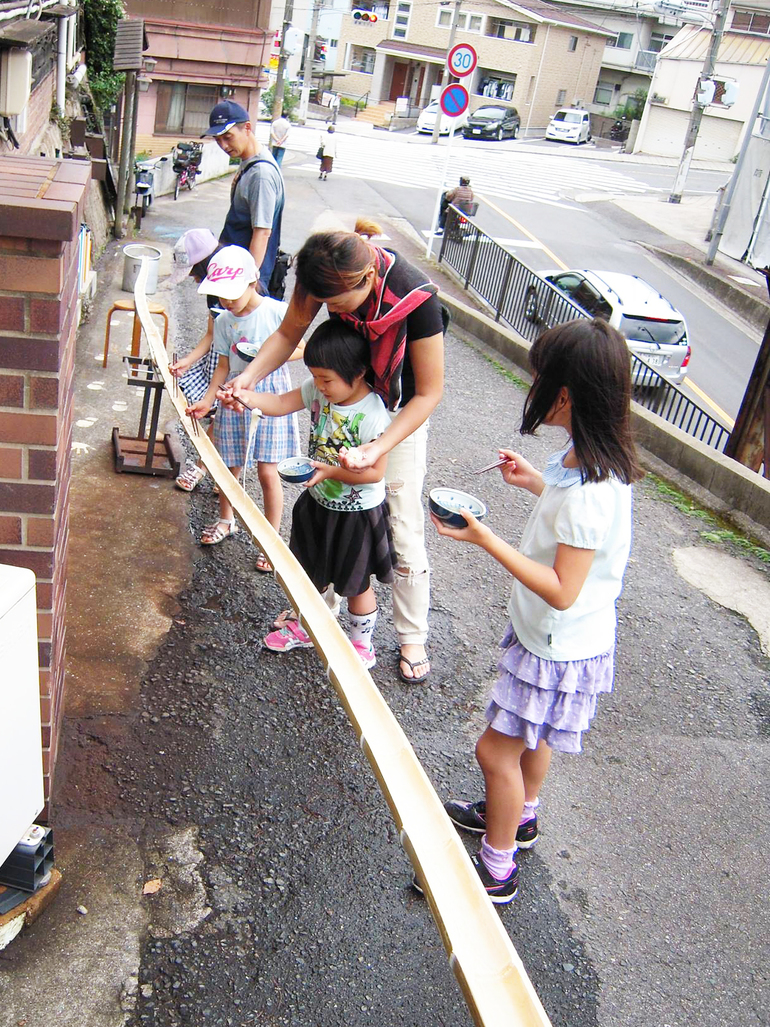 Following our mission "for children to live carefree, adolescents on their way, seniors in good health, and you and I with energy now and future," the Kure YWCA has provided numerous community activities. We are independently operated. We offer English and art lessons.Our membership and class fees enable us to cover maintenance costs as well as spend for regional contributions. In addition to our daily activities, volunteer involvement, and local community events, we rent out the rooms in the building.

This building has a history of bringing people together. Our goal is to continue offering opportunities for the community to gather and enjoy each other’s company.

History of the Kure YWCA and Kure City

Kure is located 20 kilometers (10 mi) south-east of Hiroshima city and faces the Seto Inland Sea. It is a port and major shipbuilding city. The YWCA is two kilometers from Kure station. 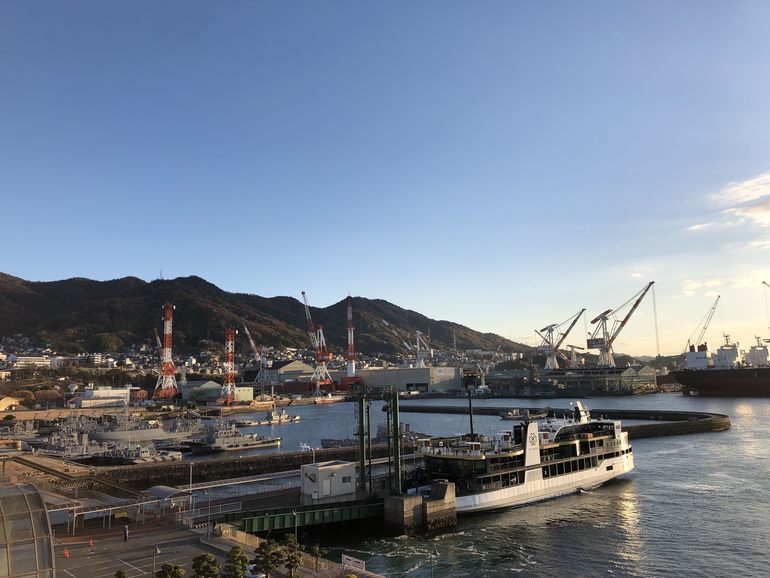 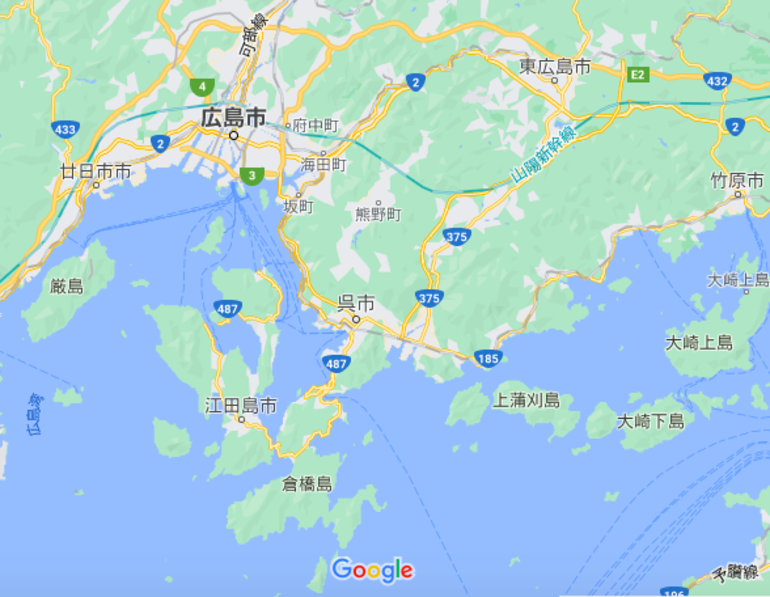 Kure is a former military port established by the Japanese Imperial Navy in the late 19th century, Meiji era. Shipyards and piers belonged to the Navy until the end of World War II. Many former naval facilities are located around the Kure YWCA. The Former Official Residence of the Commander-in-Chief has been designated as an important cultural property of Japan. It is open to the public. The former Kure Naval District Headquarters is now the Maritime Self-Defense Force Headquarters Kure District. 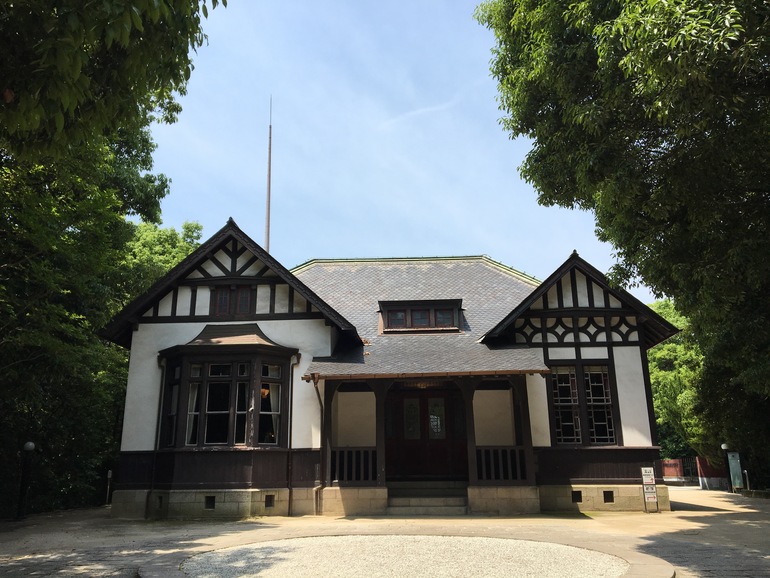 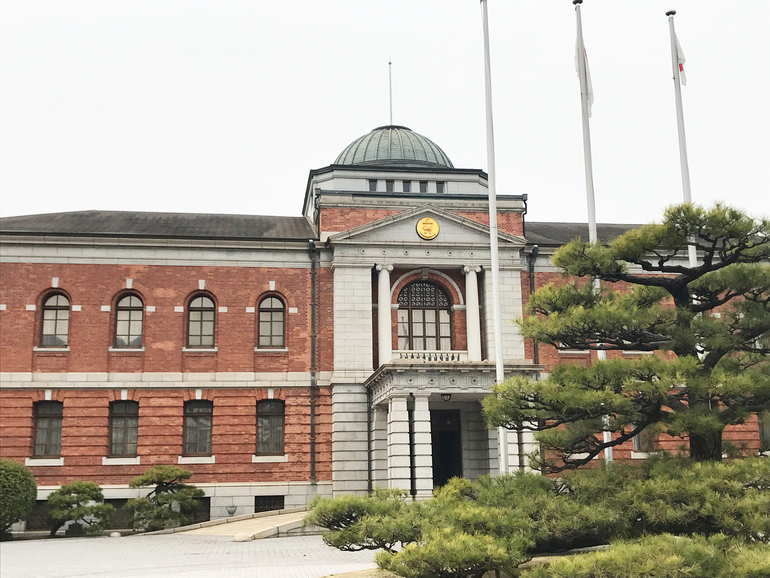 While other former Naval facilities have been transferred to Kure City and other organizations, the Kure YWCA building remains a rare private structure where various people gather.

The Navy's history is linked with the Kure YWCA as it continues activities in this building. The YWCA (Young Women's Christian Association) is an international Christianity- based NGO that started in the UK in 1855. It aims to realize a peaceful world where women worldwide work together across language and cultural barriers, promote women's social participation, and protect human rights, health, and the environment. In Japan, 26 regional YWCA and 35 junior and senior high school YWCA are operating, and their activities vary.

After the war, the Occupation forces requisitioned Kure’s naval facilities. At that time, the base of the BCOFYWCA was in the former Naval Assembly Hall (commonly known as the Aoyama Club) near the current Kure YWCA and provided a hostel for female soldiers. The BCOFYWCA executives proactively encouraged the local women of churches to have their own YWCA. In 1947 the Kure YWCA preparatory committee was held at the BCOFYWCA in the Aoyama Club, and in 1948 the Kure YWCA was established. 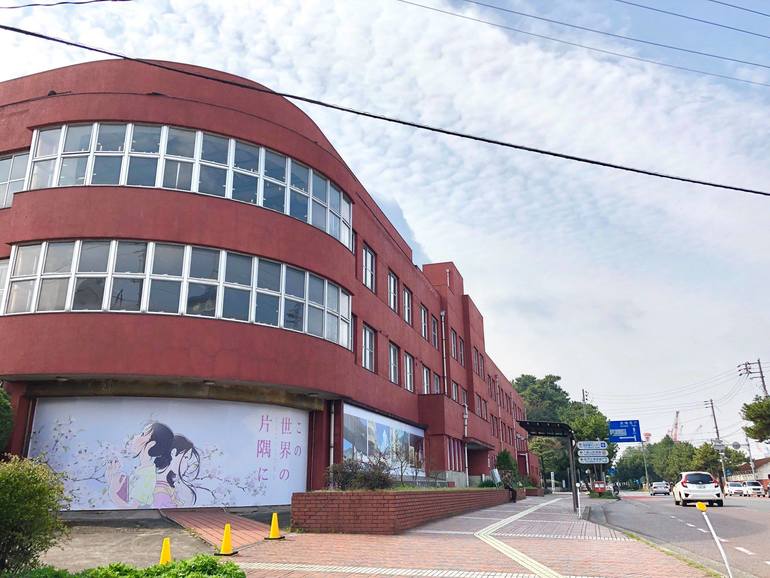 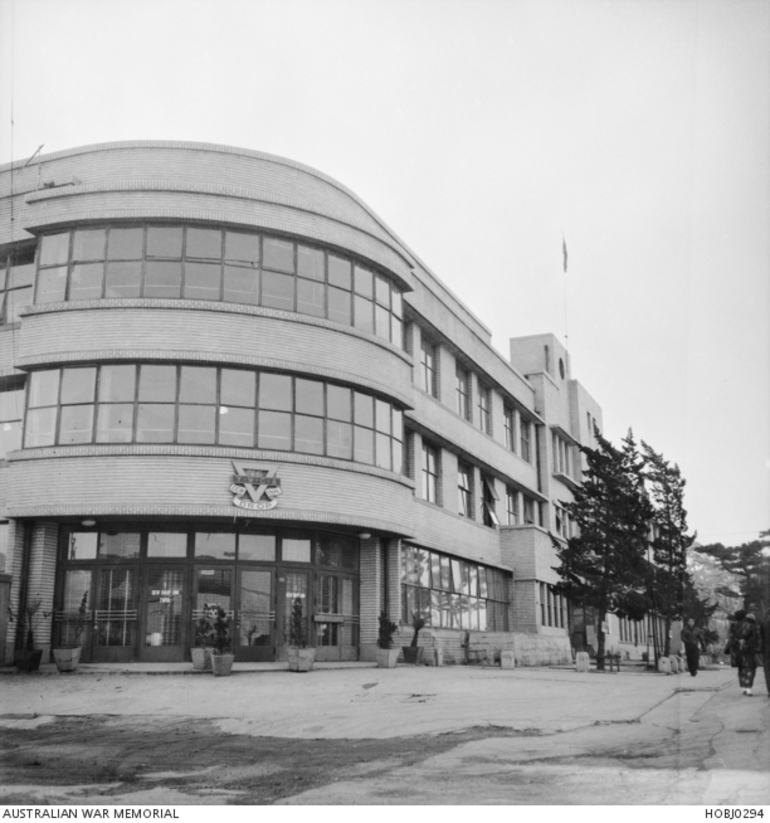 YWCA sign on the Aoyama Club (called Kure House then) 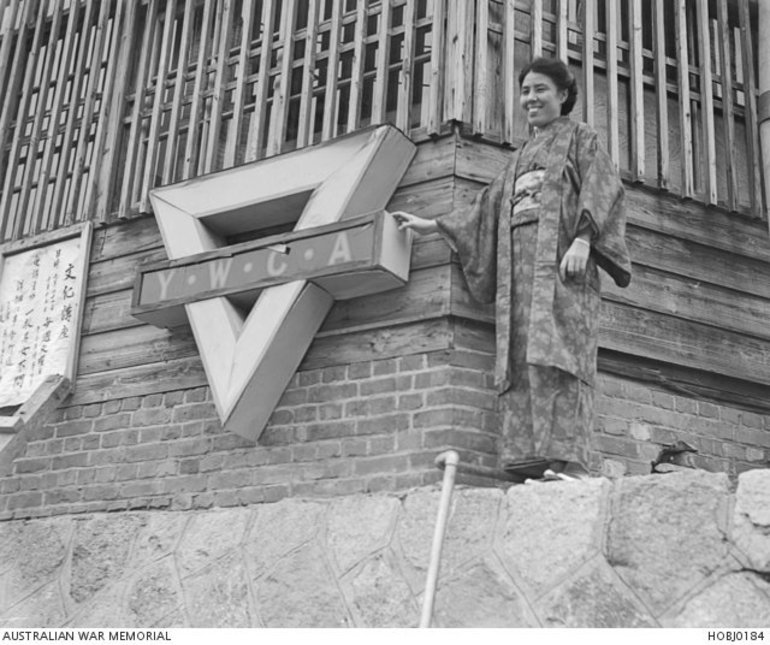 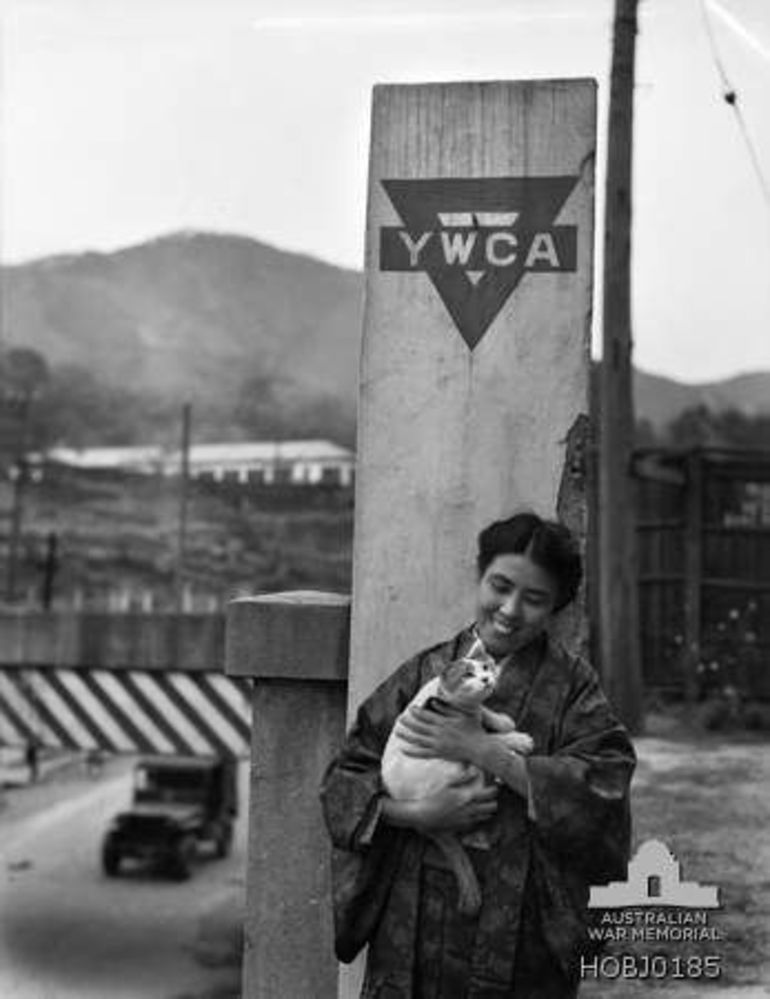 In front of the Kure YWCA gate 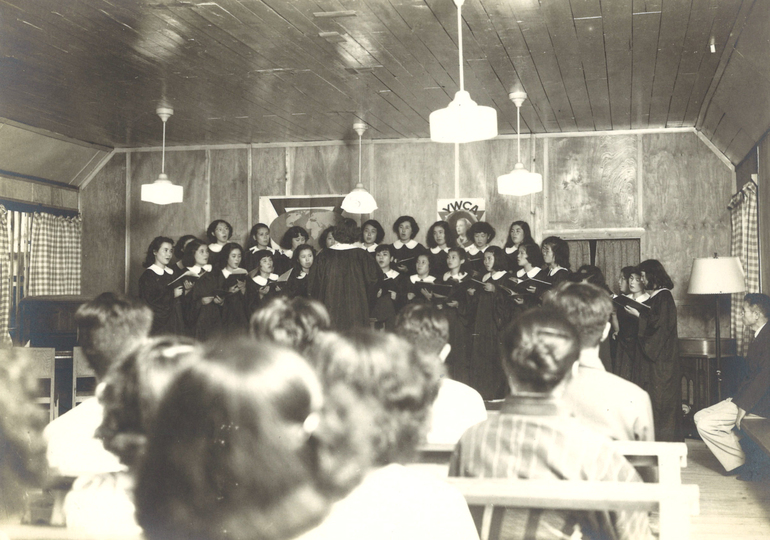 Girls Chorus club in the hall

Kure YWCA members collaborated in collecting donations and purchased the building in 1950. The land was purchased four years later, in 1954. Since then, we have continued to develop and protect the premises and activities by providing English conversation and painting classes, as well as hostel lodging.
Our pioneering volunteer movements such as the Braille translation group, and the recycling movement (flea market), which started 35 years ago, continue today. Additionally, we have provided outdoor recreational programs and a free space for children unable to go to school. The building has become a place for children to learn, gather and experience various opportunities.

It has been 74 years since the establishment of the Kure YWCA. We have continually kept our focus of nurturing the community, specifically "children, women, and vulnerable people" Kure YWCA has welcomed all individuals and has stayed informed to current needs.